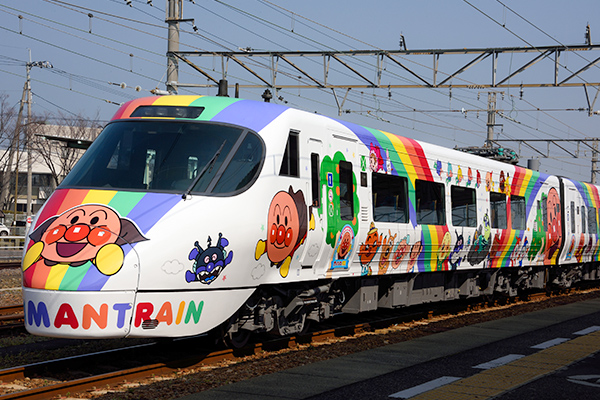 Between Okayama Station/Takamatsu Station and Matsuyama Station on the Yosan Line, you can catch the express Yosan Line Series 8000 Anpanman Trains named “Shiokaze” and “Ishizuchi,” both of which run every day. The concept behind their design is “rainbow bridge.” In the first car, passengers can reserve and enjoy the colorful Anpanman seats, made in the image of rainbows. *Please note that there may be times in which the Anpanman trains are unavailable due to vehicle inspections, etc.

*A separate boarding pass is required for Shin Osaka Station - Okayama Station - Kojima Station.
(The ALL SHIKOKU Rail Pass does not work.) 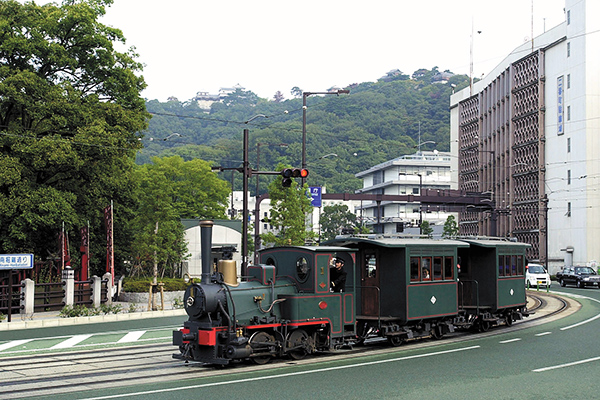 The name Botchan comes from the novel by the same name written by Meiji era novelist Natsume Soseki. The reason for the name is that it is small and cute like a matchbox as described within the novel. 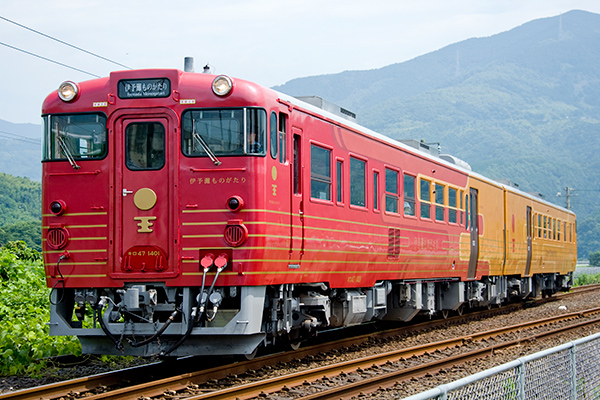 Enjoy delicious meals you can only get in Ehime (Shikoku) while admiring the tranquil Iyonada ocean view up close from the window. The kind service of the attendants inside the retro-modern interior will help you kick back and relax. Experience hospitality that will be a vignette of a wonderful trip inside the out-of-the-ordinary space of a scenic train. 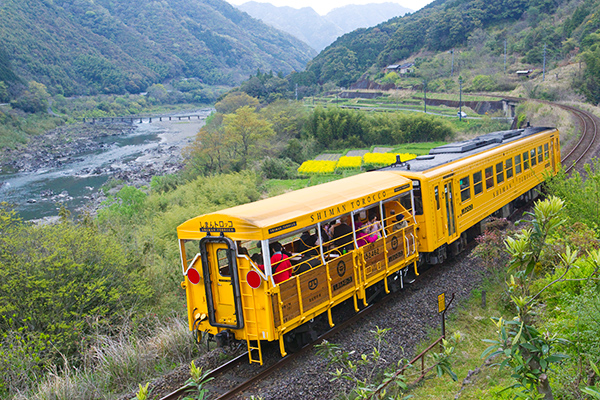 The Seiryu Shimanto became the first Torocco train "Japanese National Railways" in 1984. In 2013, it was remodeled and made a second debut as the Shiman Torocco. Take in the beautiful scenery along the Yodo Line while enjoying a wild ride that can only be experienced on a railroad car. 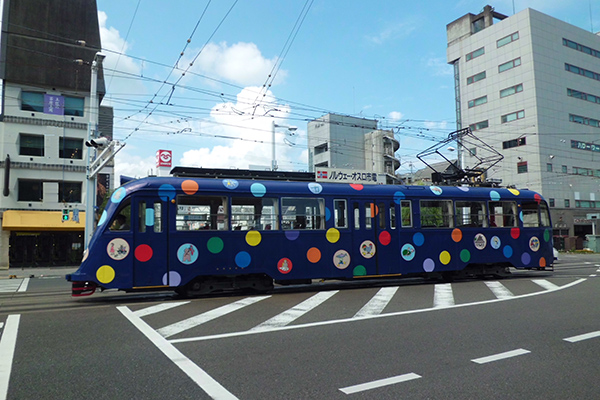 Tosaden Kotsu operates foreign trains, chiefly between Kochi Ekimae and Masugata on Saturdays, Sundays, and holidays (except in the summer). Enjoy an atmosphere that differs from that of Japanese trains. 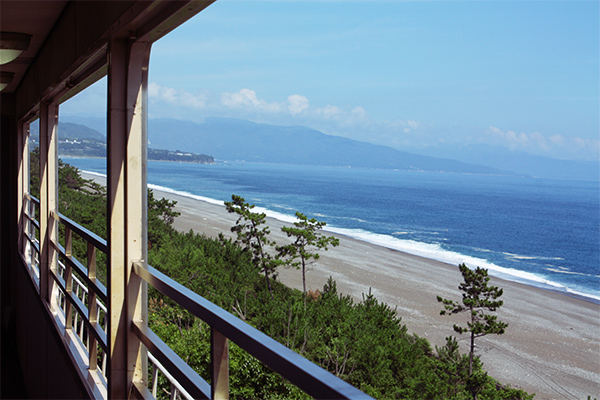 This train has an open deck for viewing the ocean and taking in the magnificent scenery of the Gomen-Nahari Line, which runs along the Pacific Ocean. The open view from beside the driver's cabin is also stellar. The seats are reversible, so you can always face the direction in which the train is moving for a more relaxing ride. (The open deck may not be available in poor weather or along certain sections when the train moves at high speeds.) 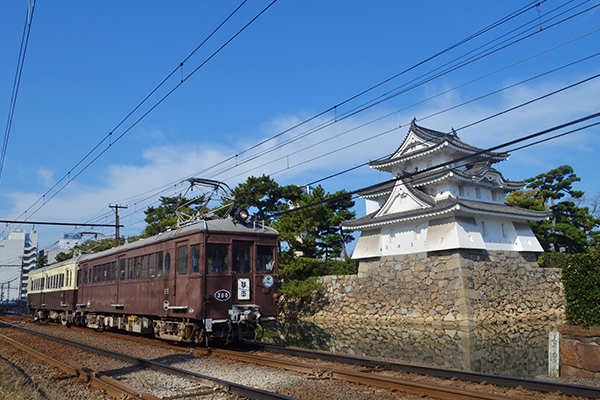 The old No. 120 train of the 1000 series and No. 300 train of the 3000 series, which were built at the time the Kotohira Railway was opened in 1926, and the No. 500 train of the 5000 series, which is a rustic train from the early Showa period, were designated heritages of industrial modernization by the Ministry of Economy, Trade and Industry in February 2009. Today, they continue to run on the Sanuki route as event trains along with the No. 23 train of the 20 series (Dero series of the former Osaka Railway), which is Japan's oldest train. Have fun riding on these retro trains that are full of rivets like you wouldn't see today, feature wooden interiors, make unique noises as they go along and give severe jolts to passengers. 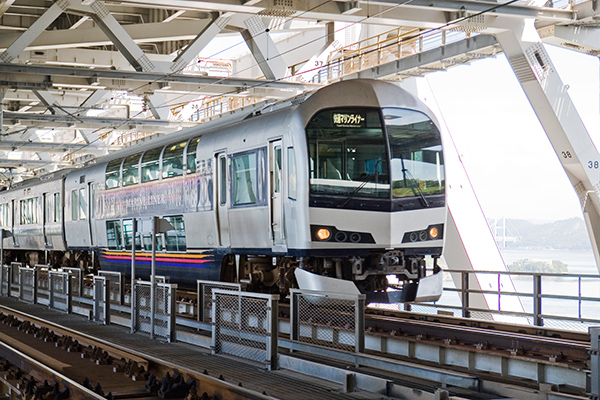 You can enjoy the view of the Seto Inland Sea from the lead car, which is a two-story car, especially from the green section on the second floor. It reaches a maximum speed of 130 kilometers per hour and goes between Takamatsu and Okayama in an average of 55 minutes. The two-story car (5100 series of the 5000 model) won the 2004 Blue Ribbon Prize of the Japan Railfan Club as well as the Good Design Award of the Japan Institute of Design Promotion.

*A separate boarding pass is required for Kojima Station - Okayama Station - Shin Osaka Station.
(The ALL SHIKOKU Rail Pass does not work.)

* scenic train marked with an asterisk do not run every day. The timetables for other trains may vary depending on the season, day of the week, etc., so see each operating company's website for details.